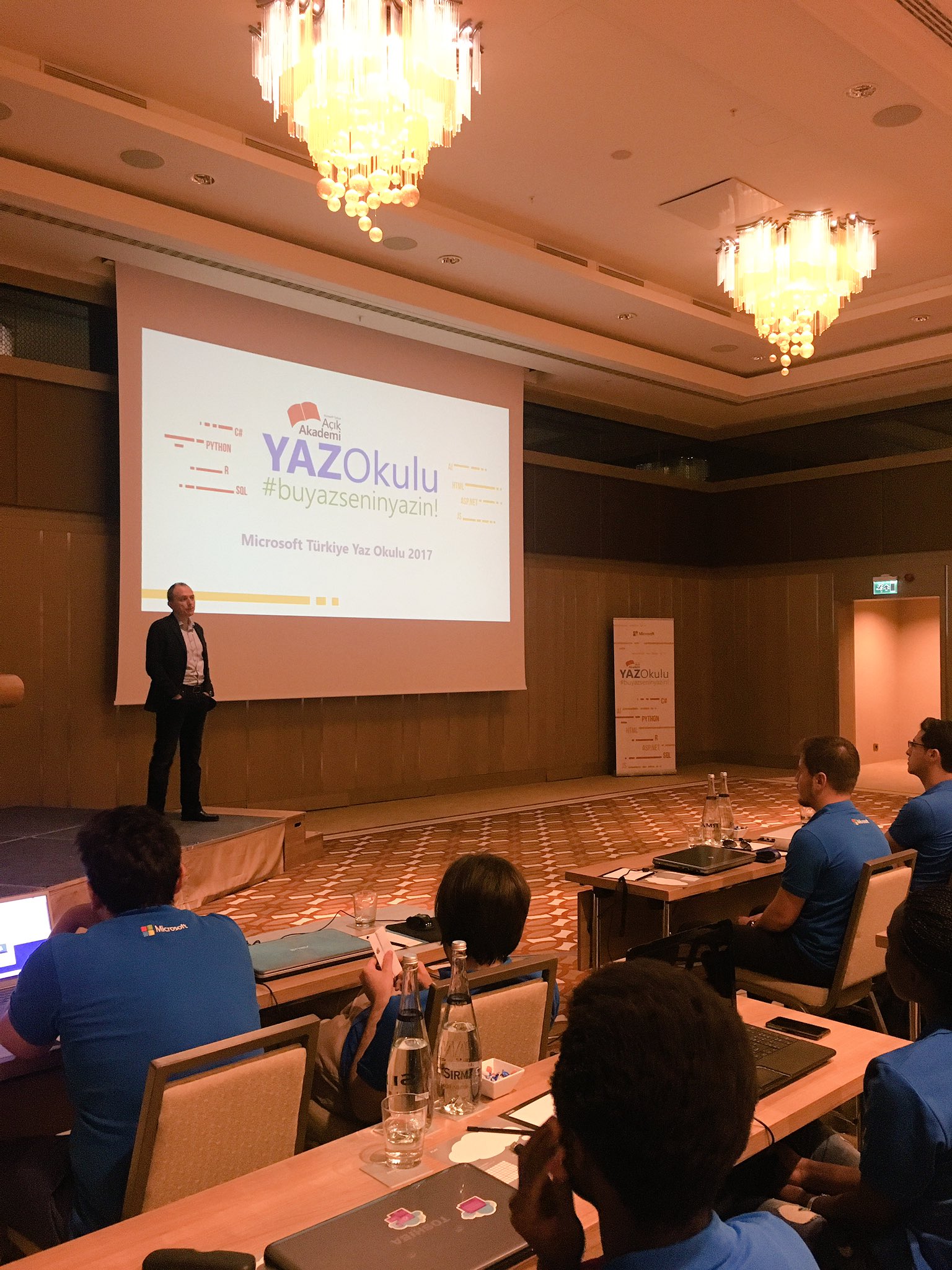 I applied before I applied to Microsoft, not from my choice, but from my frustration. Because I never expected to be chosen. I woke up one morning and I took a shower and took a video and actually wrote a project that was long in my head. One month later, Behice Funda and İbrahim Kıvanç were watching videos from twitter. I thought I was not elected after 5 days. The next day Hasret Soysal called and gave good news. This happiness can not be described.

We were at the Renaissance Hotel on the first day due to the heavy rain in Istanbul. Everyone knows the size of Microsoft, but you understand that you are bigger than you think. Behice Funda and Ibrahim Kivanc made their opening speech. 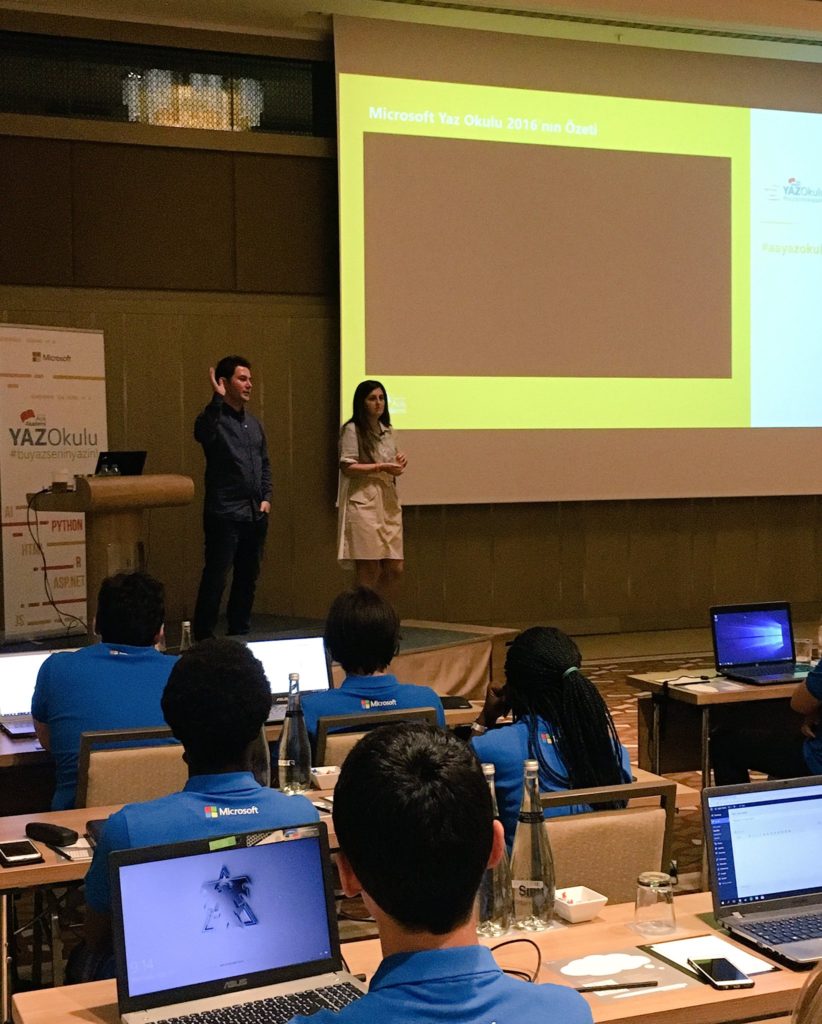 After opening speech, Microsoft Turkey CEO Murat Kansu came, giving examples from past work life and what you expect us to advise on career planning. We also asked questions in our mind in the question-answer section. 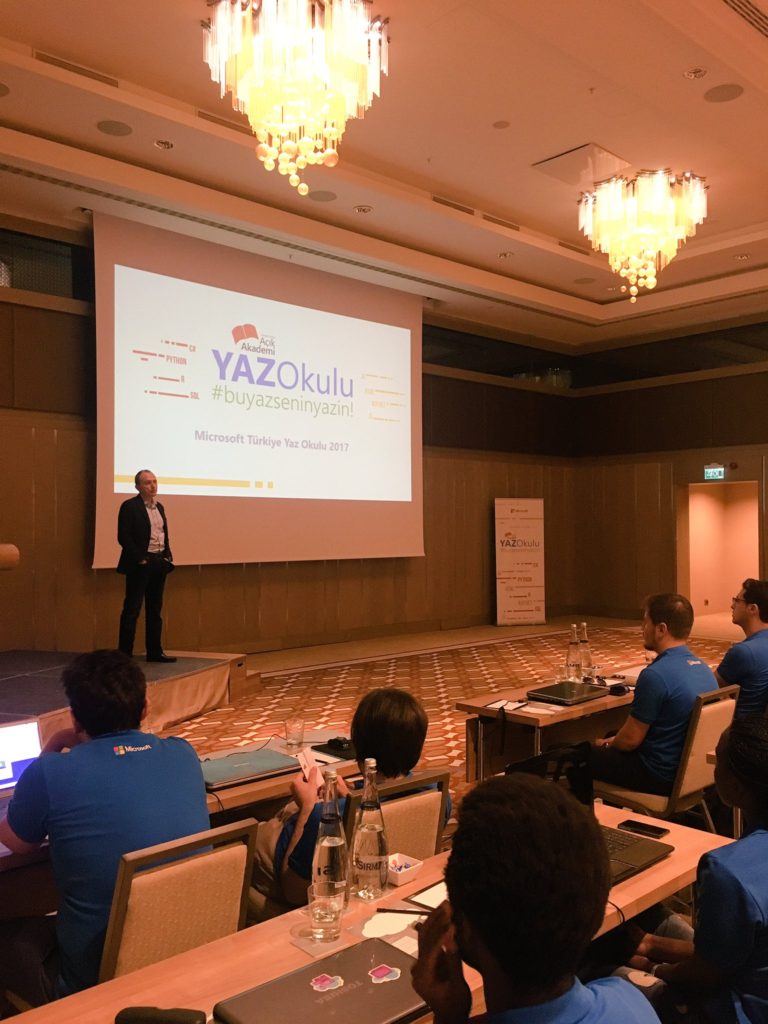 Then the speaker is a former Microsoft employee and now Turkey had Ceren Metin transferred to Microsoft. He told me about his career, how his network got him. When we talked about the personality traits that helped him in his business life, he had advice for us. I would like to express my gratitude once more to Ceren Metin, who has continued his career very successfully. 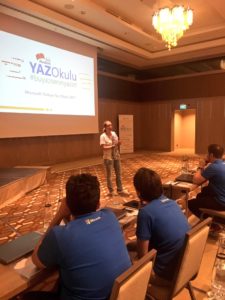 After lunch we also had an activity for team work. We did a Scrum master application. The people here on the team had an idea about each other. Everyone in the team tried to do something and a very good result emerged. So we completed the first day.